Meet Gus the Asparagus Man, whose church appearance has some folks really steamed 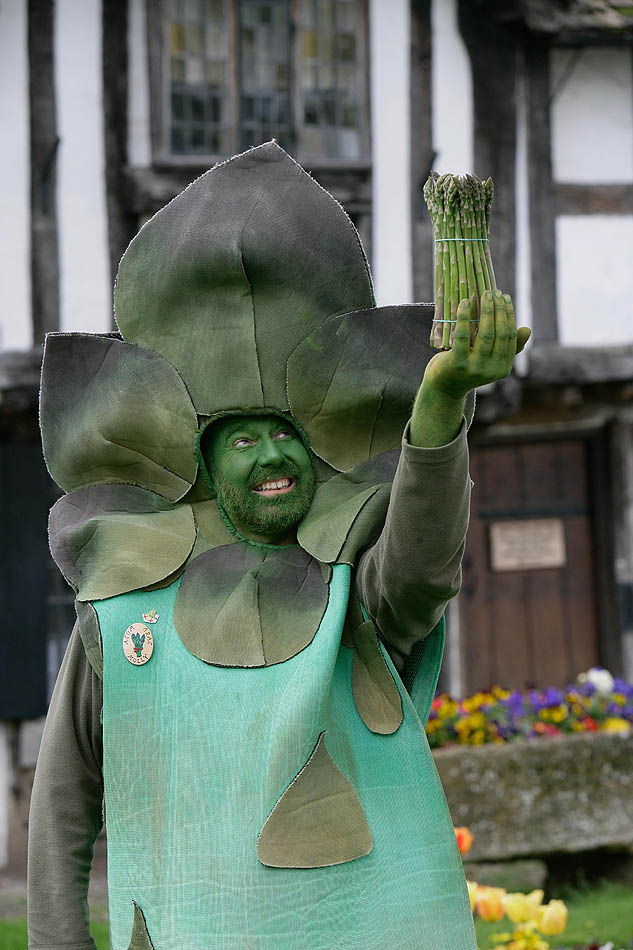 When you travel around Britain every year dressed as a spear of asparagus, you get used to being the centre of attention.

But Gus The Asparagus Man has gotten a little more publicity than usual this week. He participated in the Worcester Cathedral’s St. George’s Day procession in full costume to mark the start of the British Asparagus Festival, drawing the ire of several Christian groups.

During the April 23 ceremony at the Anglican cathedral, Gus followed behind a man holding a large bunch of asparagus, which received a church blessing.